San Sebastian is the capital of La Gomera island and it is popularly called Isla Colombina because of its historical links with the discovery of America.

The city has emerged around a natural bay and it is filled with iconic places and monuments that will interest you from the church of La Asuncion to Torre del Conde to Pozo de la Aguada. The city also has magnificent tourism facilities which offer a wide range of leisure activities that you will love. The capital is also filled with thrill and fun activities that you can try out and you will surely come back for more.

Torre del Conde
This can be found in a lush subtropical park and it is popularly known as the Canary Islands most iconic example of military architecture. Nowadays, It houses historical exhibitions which include La Gomera maps which date back to 1492. This destination is filled with history and this is where Beatriz de Bobadilla who was the wife of the cruel Hernan Peraza where she barricaded herself in 1488 till help arrived. The fort was built in 1447 and it is the first building which has to be erected on the island and it is still preserved in its original state.

Museo Arqueológico de la Gomera
This museum can be found inside a typical Gomeran townhouse and it is the best place to go if you want to learn about the history of Gomera as it showcases both the Island’s past and its present-day culture. The signage at the museum is only in Spanish.

Iglesia de la Virgen de la Asunción
This is regarded as the site where Columbus and his men pray before they set off for the New World. Although the original chapel that was built in 1450 got burnt down, you will get to see the 18th-century church here with a mix of architectural styles from Mudejar to Gothic to Baroque styles. You will be fascinated with the carved wooden entrance lobby of this church.

Casa de la Aguada
This is also known as Casa de la Aduana and Casa Condal as it served as a customs house and count’s residence at different times. You can explore this castle and it is believed that Columbus drew the water that he used for baptizing America from the well here.

Beaches of San Sebastian
The capital city has two stunning beaches a few metres away from the city centre and they are known as Playa de San Sebastian and Playa de la Cueva. You can also visit Playa de la Guancha by going on a small hike.

Playa de San Sebastian
This is a dark city beach and it is visited frequently by the locals especially in the summer. The highlight of the beach is that you can play in the water without high swells and it also has amenities like the children’s play area so as to keep small kids occupied. This beach is a perfect place to relax with its calm and smooth wave and it also the site of some of the liveliest festivals in the town.

Playa de la Cueva
This is a fine sand beach and it can be found behind the massif close to the jetty. You will have to pass through a 250m long tunnel to get here and you will be rewarded with lovely views. This is also the perfect place to take Instagram worthy pictures and on a clear day, it will seem like Tenerife is just a walking distance from the beach.

Food and Wine
This is characterized by its simplicity and it boasts of numerous local delicacies which are unique from the rest of the archipelago like the potaje de berros (watercress soup) and almogrote (a paste made from goat’s cheese). You can also try out the famous papas arrugadas which boiled potatoes with Vieja, a local fish. The major ingredient for most of the desserts in San Sebastian is palm honey. You will also get to accompany the dishes with wines that are produced in the area like Tacoronte-Acentejo, Abona, Ycoden-Daute-Isora, and Valle de la Orotava.

Shopping on Calle Real
Many tourists like to spend a day just shopping in San Sebastian with lots of shops on Calle Real filled with souvenirs, restaurants, and cafes that you can visit. Some of the souvenirs that you can buy along while in San Sebastian are palm honey, almogrote, homemade cookies, handicrafts such as baskets, embroidery, and so on. 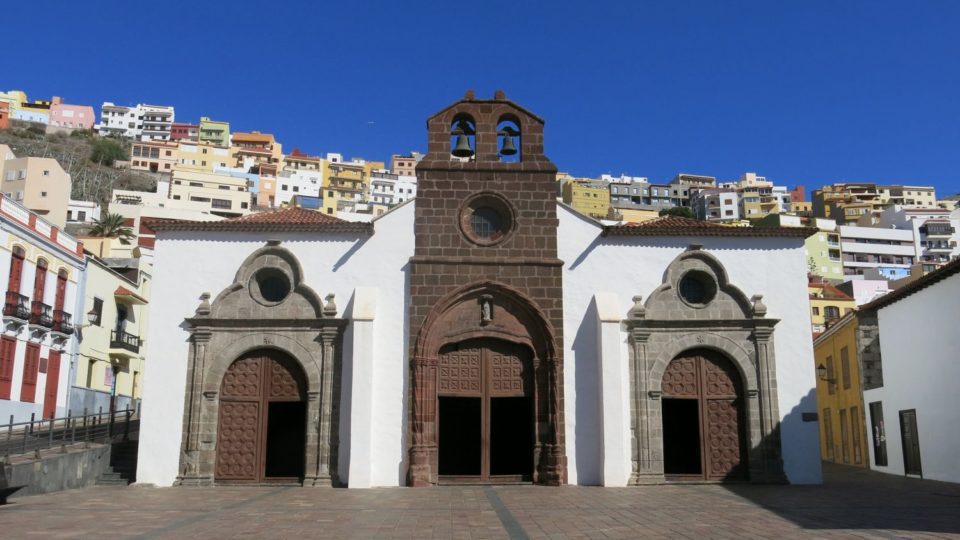